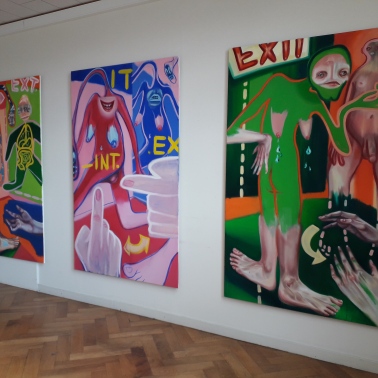 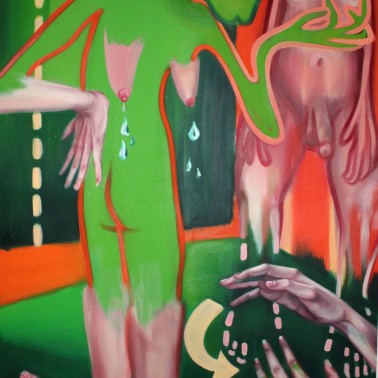 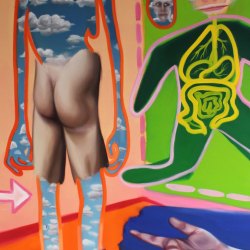 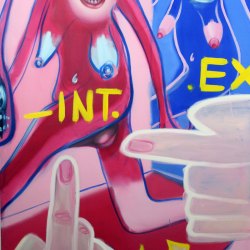 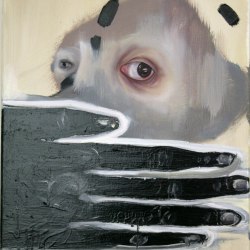 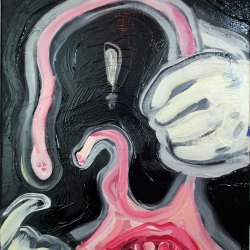 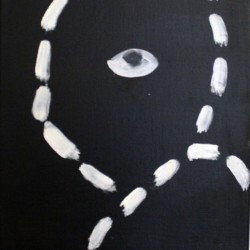 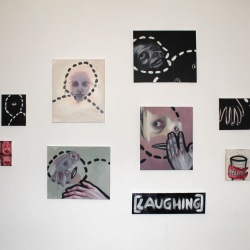 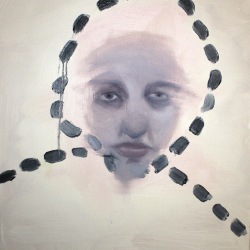 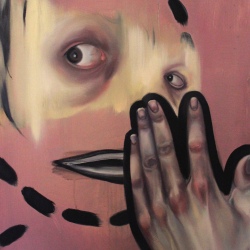 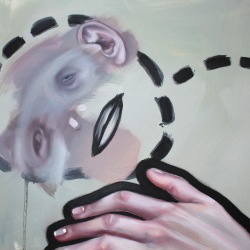 The actress and the doormat and the (Laughing) series

In my new work, The actress and the doormat series, the three paintings are an allusion to this over the top scripted, social caricature of myself as a painter.

It addresses themes of gender roles and social stereo- types in Art. Similar to the embrace series, I used images I encountered in my day to day life and repurposed them as visual metaphors.

This time, I collected photographs of actors during pre production and special effects videos, dressed in neon green leotards against a plastic fabric of the same un- natural color. These images represented to me an illusionary identity.

The name of the series derives from its first painting, in which the position of the subject in the painting are re- ferences to one of Picasso’s earlier paintings, The actor.

After the series The actress and the doormat were completed, I returned to a smaller scale and started to play more with the position of each painting in order to create a more fractured final image .

In this series, I drew inspiration again from instruction maps.

Looking at these images, the use of the dashed line is very prominent, it simbolizes something out of view, they provide a visual vocabulary to express impermanence, change and vague concepts. I wanted to use the dashed line as visual metaphor to a vague identity without border.